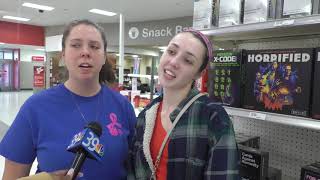 Now shoppers made it through Black Friday, Cyber Monday, and even Christmas Eve deals, but now it's time for the after Christmas sales. “Yea, especially in the clearance section yea.” “And there are better deals now.” “Deals on deals on deals yea.” Christmas gifts are open, but now its time for more shopping. Stores across the Hub City announced more deals to get shoppers back in the store. And some say these sales are a little better. Shopper, Caitlin Knight says, “I love af
1
2345
bottom of page