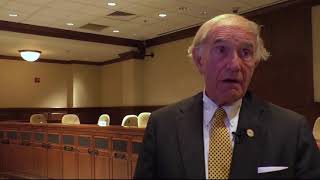 Planners for the city’s community redevelopment agency gave updates to the city council on the progress of the agency’s the two projects this morning. “Its good news for district one and district two has had it struggles but is making progress” says Mayor Jerry Gist. The plans cover two area’s, district one covers mostly the Jackson walk, downtown and Lambuth areas and district two covers majority of East Jackson. Mayor gist says the development of district one has proven him
41424344
45
bottom of page